I’m a second generation Sicilian-American, born January 18, 1924, in Buffalo, New York. From infancy, my greatest joy was to listen to the music played by my downstairs neighbor. Later I loved to sing, and at seven was earning money as a singer in little bistros and amateur contests. My family needed that money because of the Great Depression. At sixteen, I began to study voice at what is now Buffalo’s Community Music School. I earned the two dollars a week for the lessons by delivering newspapers at dawn each morning.

My beloved Aunt Mamie would take me to the five-cent movies on Saturdays, and I dreamt of a life when stars would be my friends and I would live in a beautiful home, surrounded by art and music. At eighteen, I did a full-time program Armed Forces Radio until World War II ended. At the same time, I attended Canisius College in Buffalo. 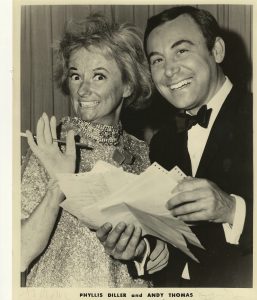 At twenty-one, I went to the New England Conservatory of Music in Boston. I won scholarships and, to support myself, took all the jobs I could find. There were no student loans in those days. At the Conservatory, I was taught the bel canto technique by the great William L. Whitney, who was the master teacher of many famous opera singers. I used metaphysics to visualize my goals in my life and career.

The concentration and hard work paid off and my early dreams have come true. I have performed with and taught the greatest stars in show business. I have a home that I love, and it’s filled with music and art. I was even able to save my grandfather’s farm in Brocton, New York. I’ve established theSINGERS FORUM in New York City, to reach bel canto technique to the next generation of singers, just as it was taught to me.

Mr. Anselmo holds a Master’s degree in voice from The New England Conservatory. He studied with the legendary William L. Whitney, and later developed the voice program at The Lee Strasberg Theatre Institute at the request of Lee Strasberg. His career spans Broadway to London. He received critical acclaim for his performances in The Golden Apple, The Most Happy Fella, and Leave It to Jane. His television credits include theJackie Gleason Show, Joey Bishop Show, Phyllis Diller Showand Merv Griffin Show. 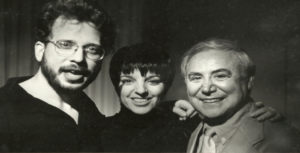 Mr. Anselmo was presented the “Mayor’s Award” by Mayor Lindsay for exceptional service to the community for his work with The Everyman Street Theatre Company.

Mr. Anselmo is the Founding Director of the SINGERS FORUM Vocal Academy, where he currently holds classes, seminars, and master classes dedicated to the development of the vocal arts.